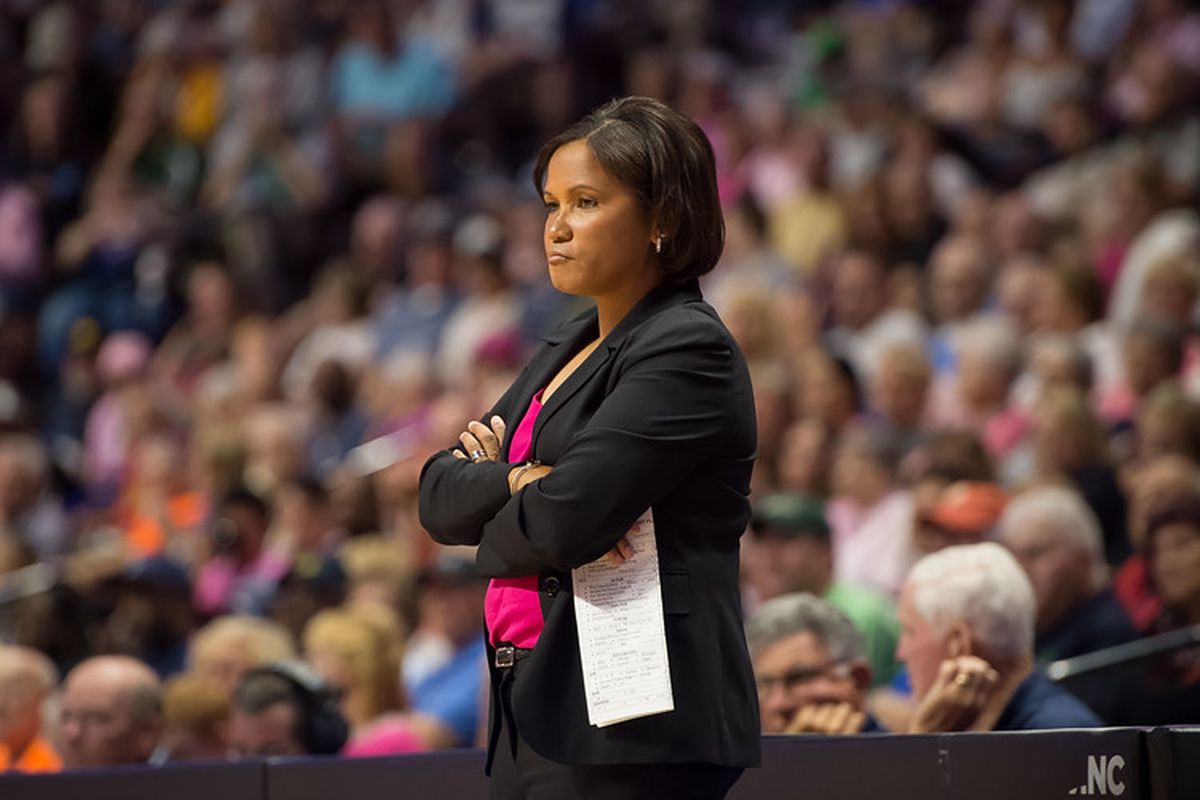 As the Indiana Fever finished its game against the Los Angeles Sparks on Saturday, Fever guard Briann January pulled up for a jumper. She made it, but that didn’t matter.

The Fever was looking to defeat the Sparks for the second time this season. Two wins against the defending champions would look nice on the schedule, especially with the playoffs still far away.

Indiana couldn’t defeat the Sparks though, one of the most dominant teams in the league, dropping the game 84-73 in Bankers Life Fieldhouse, snapping a two-game win streak.

For Indiana, a good portion of the third quarter was bleak. Shenise Johnson scored the Fever’s first basket of the quarter with 4:15 left; Indiana allowed the Sparks to score 19 straight points to begin the third.

The Fever flipped the game to end the third, though, closing the quarter on a 12-0 run.

“I think we had a good first half, but second half, third quarter we didn’t match their intensity. They went on a 19-0 run. But we showed them we can compete because then we went on a 12-0 run. We just have to be able to do that coming right out of the half,” said Dupree.

Despite the 12-0 run, Indiana could never bring their momentum to fruition in the fourth. The Sparks maintained the lead because, well, they’re the Sparks.

They weren’t going to let the Fever come back from a deficit again.

On May 24, the Fever defeated the Sparks 93-90, overcoming a 14-point deficit. But the Fever was down by as much as 25 points on Saturday.

They simply could never recover.

“I thought we actually had good looks to start the second half,” Fever coach Pokey Chatman said. “We might have found some momentum if some of those shots had fallen, but I just don’t think we gave it our best shot.”

The game was largely lost in the third quarter. The Fever struggled to make shots, albeit going on a run at the end of the quarter. Indiana shot 42.2 percent from the field. Candice Dupree, the team’s leading scorer this season, led the way with 14 points and three assists.

Aside from struggling offensively, the Fever struggled defensively, too. Indiana couldn’t handle the Sparks’ size, with Los Angeles’ stars Nneka Ogwumike and Candace Parker scoring with ease against the Fever’s defense. Ogwumike scored a game-high 21 points, while Parker filled the stat sheet with 18 points, 13 rebounds, seven assists and three steals.

“They [Los Angeles] are the best offensive team in the league,” Chatman said. “You have to give them some credit. We obvious (sic) couldn’t find stops when we needed them in the third quarter, and we needed to play better defense.”

As the first half of Saturday’s game ended, Indiana Fever guard January passed the ball to Erlana Larkins, who was cutting toward the hoop. Larkins made a layup, and though the Fever was down by as much as nine points in the first half, her bucket cut the Los Angeles Sparks’ lead to six.

That play didn’t signify the second quarter for the Fever. The second period was filled with the Fever taking good shots — they just couldn’t make them. After leading at the end of the first, Indiana was outscored by the Sparks 26-17 in the second quarter.

The Fever shot 45.9 percent from the field in that first half. But with only being down six against the Sparks, the defending champions, that wasn’t too bad.

With Indiana losing to the Sparks, the Fever will look to bounce back its next game on June 28, when they take on the Chicago Sky at Allstate Arena in Illinois.