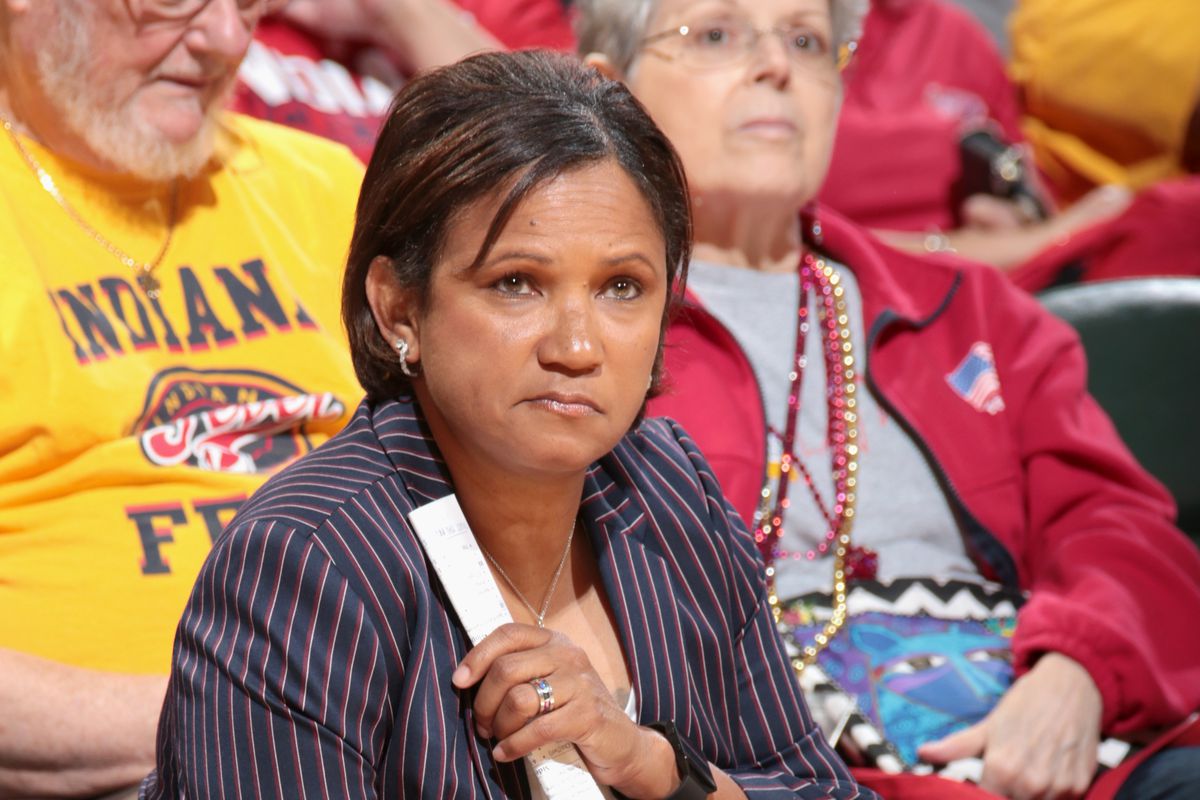 The Washington Mystics and Indiana Fever both entered Friday night on three-game losing streaks. At the end of the night, one team would rid itself of the blemish – the other would continue to carry it.

The Fever were the latter.

Struggling to keep pace against the elite Mystics’ offense, Indiana couldn’t score and their defense wasn’t that good, either. The Fever lost 72-58 in Bankers Life Fieldhouse, dropping a fourth straight game.

Indiana, a team that thrives because of playing solid defense, couldn’t be successful against Washington. The Mystics are one of the best offensive teams in the league, and well, the Fever aren’t.

Indiana’s struggles stemmed from not being able to score: they only made one 3-pointer for the game, and guard Briann January led with 15 points.

Part of the reason the Fever couldn’t score often was because of the number of fouls they committed. Indiana fouled 21 times, and the Mystics, the best free throw shooting team in the league, went 22-of-28 from the free throw line.

“What really hurt us in the first half is we sent [Washington] to the free throw line 21 times,” Fever coach Pokey Chatman said. “In the second half, they had just seven free throw attempts and we were even on the boards.”

Indiana couldn’t gain any momentum on the offensive end, only executing well on offense in spurts. They outscored the Mystics in the second half, eventually closing the deficit to 14 points near the end of the fourth.

“I’m really happy with the way we stayed the course in the second half,” January said. “We came back. We played better defense.”

But the deficit they had in the first half was too much to overcome.

The Fever’s offensive performance was the type of performance a team would want to forget, brush it off for the next game. But it’s also one Indiana should want to remember.

As they drop to 7-11, sitting in fifth place in the Eastern conference, the Fever need to start playing better on the offensive end. In the past four games, Indiana has shot an average of 37.7 percent from the field.

The Fever will be without Shenise Johnson, one of their best scorers, for the rest of the season. She tore her left knee ACL in practice Tuesday. So, if they run into a great offensive team like the Mystics, they’ll need to find a way to match in offensive output.

With Indiana’s top scorer Candice Dupree struggling to score, too, the Fever couldn’t rally behind anyone; Dupree scored four points, well under her average of 14.7 points per game. January, albeit the team’s leading scorer against the Mystics, thrives on jumpers. But even she only made one 3-pointer, the team’s lone one of the game.

As Indiana drop a fourth straight game, they will look to break it Monday against the Los Angeles Sparks in the Staples Center. The Sparks are the second-best team in the league behind the Minnesota Lynx.

“Midnight needs to come so we can put this behind us,” Chatman said. “There’s a really good team in L.A. that’s waiting for us. We need to regroup and get ready to play again.”