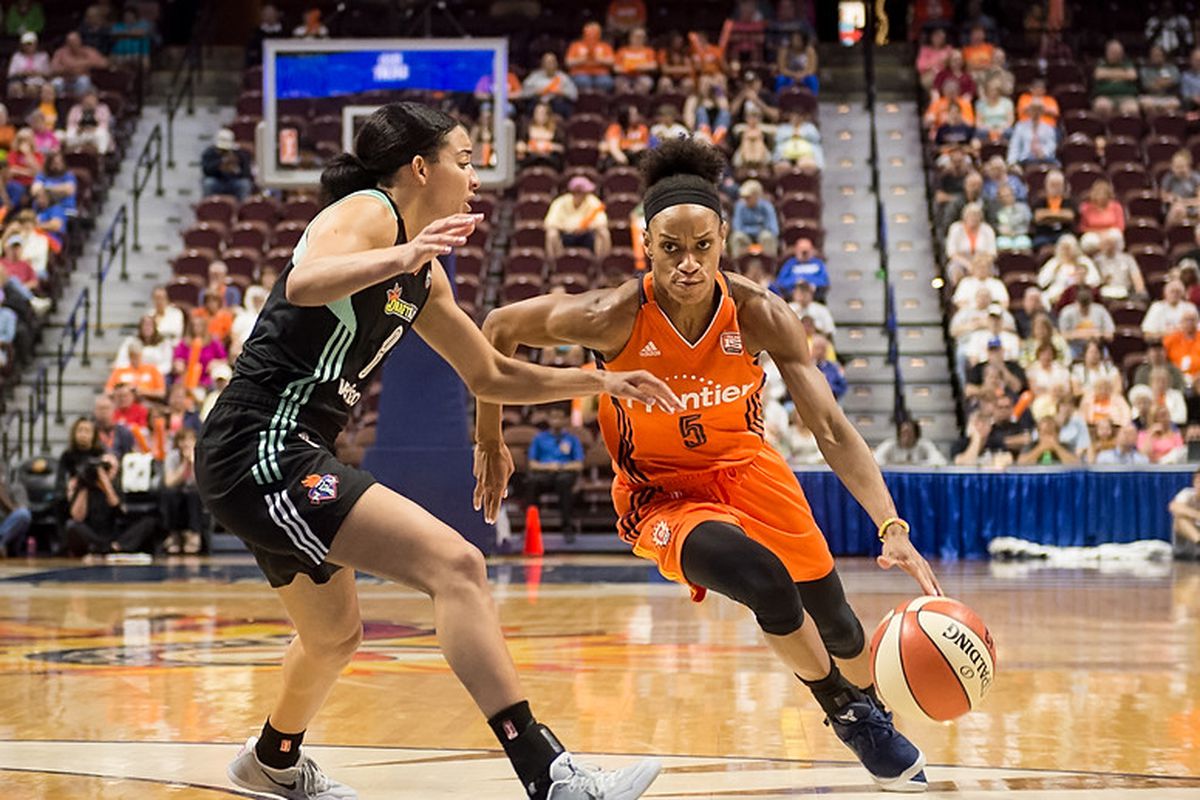 The Connecticut Sun (6-5) defeated the New York Liberty (7-5) 94-89 on Friday in Madison Square Garden, picking up their fifth straight win. The win also marked the Sun going up 2-0 in the season series against the Liberty.

The Sun looked dominant to begin the game. Not so much at the game’s end, though. After leading by as much as 21 points, the Sun appeared flustered in the fourth quarter.

With about eight minutes left in the game, New York began to battle back — and Connecticut let them. Down 74-64 with 8:07 left, the Liberty began to attack the Sun on offense, something they didn’t do in the first half.

“You’ve got to give tons of credit to New York, what an unbelievable fourth quarter,” Sun coach Curt Miller said. “I felt like they scored on every single possession.”

That’s not a foolish exaggeration from Miller, either. The Liberty were down 71-57 heading into the fourth quarter, and they outscored the Sun 32-23 in the fourth.

As the Liberty continued to attack, though, they also started to acquire defensive stops. With a layup from Shavonte Zellous, New York tied the game at 86 with 1:06 left.

Sun guard Courtney Williams stopped the Liberty’s late-game momentum, though, pouring in six points during the fourth quarter. Her small scoring surge came at the right time with just under three minutes, to keep the Liberty slightly behind.

“We thought if there were someone that could go make a big basket that has big time confidence and the swagger that she can score on anyone – it’s Courtney,” Miller said.

Williams’ play at the end helped seal the game for the Sun, but don’t be fooled. Despite a struggle in the second half from Connecticut, the Liberty were dominated in the first half by the Sun.

The New York Liberty simply could not check the Connecticut Sun in the first half, especially from the three-point line. The Sun entered Friday’s game as the WNBA’s best 3-point shooting team — they didn’t regress against the Liberty. Connecticut shot 50% from deep, making 12 triples – two more than New York.

“They were shooting well so we put ourselves in a hole and we were able to get it back and tie the ball game,” Liberty center Tina Charles said

By the end of the game though, the Liberty only lost the rebounding war by one, 30-29.

Both teams had key players back from their overseas commitments. Epiphanny Prince chipped in 14 points off the bench, while Kia Vaughn added four to the Liberty’s score. For Connecticut, Alex Bentley brought instant offense off the bench with nine points in her 11 minutes of play.