Washington struggled offensively — Ivory Latta, not so much 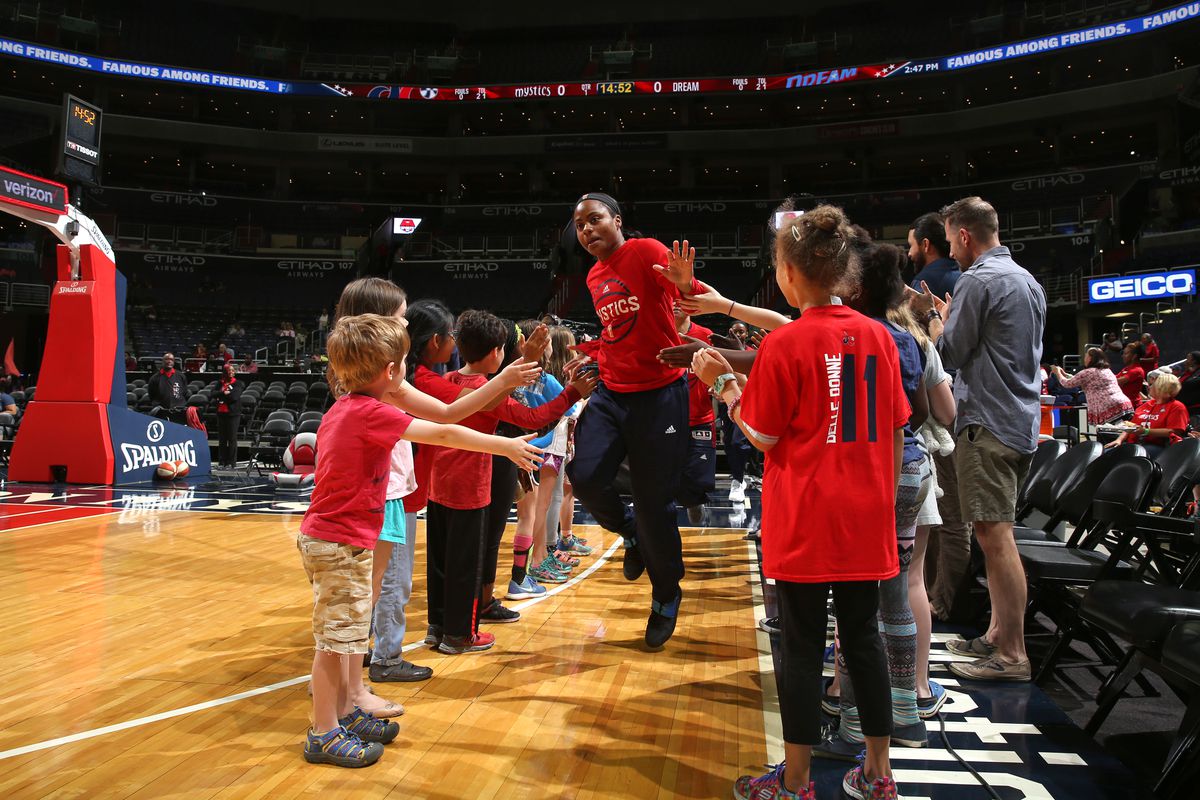 Offense was a rarity Thursday night in the Verizon Center.

As the game ended, the Washington Mystics guard Ivory Latta stood next to a reporter for a postgame interview. In a game that was riddled with a combination of solid defense and missed shots, Latta perhaps wanted to show the crowd some semblance of offense.

“I want to get the crowd in it because they help us a lot of times to get these games,” Latta said.

With the help of Latta, the Mystics found ways to play decently on offense. The Mystics defeated the Liberty 67-54, extending their win streak to three games.

Latta was part of why Washington played decently on the offensive end. The Mystics ended the third quarter leading 46-34, so they hadn’t sealed the game. The Liberty could have made a comeback.

As the Liberty were in the middle of a 6-0 run near the end of the game, trying to make one last run, Kristi Tolliver passed the ball to Latta. Latta hit a 3-pointer with 2:29 left, and that was it.

The Mystics needed Latta to produce throughout the game. While the rest of the team didn’t make one 3-pointer, Latta did. She hit four triples and scored 15 points.

Along with Latta’s contributions off the bench, Tianna Hawkins and Natasha Cloud also produced. The three combined for 30 points, nearly 45 percent of the Mystics’ points. The only starter who had matched Latta’s production was Elena Delle Donne, who also scored 15 points.

“Our bench bailed us out. Our starters, our starting guards, struggled to shoot the ball, obviously,” Washington’s coach Mike Thibault said.

The game wasn’t typical of Washington, a team that can hit threes and possesses one of the best offenses in the league.

The Mystics shot 30.9 percent from the field, not close to their season average of 42.9 percent. The offense wasn’t as good Thursday. So Latta decided to be the team’s offense for the night.

“I was just trying to go out there and have a lot of energy,” Latta said. “You know me, I feed off the crowd.”

With 1:07 left in the third quarter, Latta drove to the hoop and scored after being fouled. She made the free throw to seal the three-point play, which created the 12-point lead for the Mystics heading into the final frame.

It was a lead that the Mystics needed.

But Latta, who only averaged 8.7 points per game before Thursday, wasn’t going to let the Mystics lose. She wanted to win one for the crowd that got her going.

“They (crowd) help us a lot of times to get these games,” Latta said. “We just want to come out here and win for the crowd.”

The Mystics will look to extend their winning streak to four games, as they play the Los Angeles Sparks (10-3) in Staples Center on July 2.