The Defining Ohio Sports Moments From Past Season 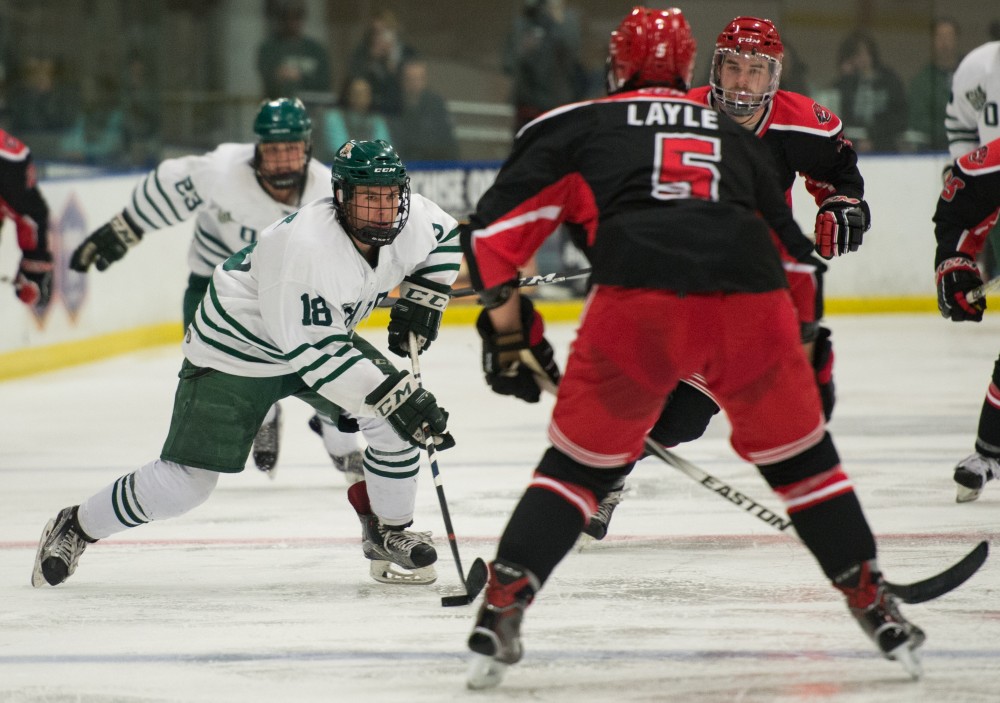 The Bobcats were on a three-game win streak before they played the Rockets. The matchup was billed as a potential Mid-American Conference Championship preview. Ohio was the best team in the MAC East Division, and Toledo was the best in the West Division.

The game was supposed to be one of the best regular-season games in the MAC. The Bobcats showed their worth and more. They defeated the Rockets 38-10 and were the only team in the conference to hold them below 20 points.

The Bobcats lost 3-1 on the road against the Bulls on Sept. 22, but in late October, the Bobcats showed why they deserved to be among the top teams in the MAC East Division.

Ohio defeated Buffalo 3-0 at home in October, winning 25-21, 25-18, 25-22. Lizzie Stephens led the Bobcats with 19 kills. The Bobcats went on to win four of their last six games, and they finished the regular season ranked third in the MAC East Division and fourth in the conference overall.

For a season filled with injuries, the Bobcats still had moments where they showed their ability to cope.

In the last game of the regular season, Ohio defeated Miami 75-66 on the road. The win marked the Bobcats’ seventh straight against the RedHawks. Mike Laster, a senior last season, led the Bobcats with 22 points in his final regular season “Battle of the Bricks” game.

The Bobcats didn’t have forward Jason Carter for most of the season because he was out with a leg injury. Kevin Mickle struggled with a right knee injury throughout the season, and Jordan Dartis was battling a hip injury during the season.

After beating Miami at the end of the regular season, Ohio lost to the Redhawks in the first round of the MAC Tournament.

The Bobcats had one of the best defenses in the MAC last season, and their 77-75 win against the Huskies showed their potential for success.

Cierra Hooks, a freshman last season, stole the ball near half court and raced to the other end for the go-ahead layup. The win was significant because it was the first time Ohio had won two games in a row since the end of December. Katie Barker scored a career-high 24 points and made eight 3-pointers.

The Bobcats had played seven MAC games before playing Northern Illinois, and they were already as battle tested as any team in the conference. Ohio lost a tight game against Buffalo during January, and they defeated Akron in overtime.

While the team was young – Taylor Agler was the lone senior on the team – it exceeded expectations. The Bobcats went to the quarterfinals of the MAC Tournament, but they lost against the Redhawks.

The Bobcats played then-No. 3 Lindenwood on Nov. 17 and Nov. 18, and they defeated the Lions in both games.

Tyler Harkins scored the game-winning goal at the last second, as the puck went off the back of Lindenwood goalie Michael Hails. The Bobcats won 1-0 in that game, and they won 4-1 on Nov. 18.

The two teams split the season series at 2-2, but for the Bobcats, the wins in November were important because they won with multiple players injured. The Lions are also in the Bobcats’ conference, the Central States Collegiate Hockey League.

Ohio went to the ACHA National Tournament, and they lost in overtime during the quarterfinals against Illinois.