HUDSON, Ohio — The Browns have one of the National Football League’s most enthusiastic and dedicated fanbases, with followers around the country and the world. Browns fans have watched teams win titles, record winless seasons and everything in between.

In the spring, we asked you to tell us “Why I’m a Browns Fan.” More than 600 responded. Today, we’ll share another one of your stories as the NFL season heads into Week 9.

The Browns are 2-5, and they’ll play the Denver Broncos in Denver on Sunday at 4:25 ET.

The authors of these essays have one thing in common: their love for the Browns.

By the time we’re through, we plan to tell all your stories.

Today’s fan is Frank Youngwerth, who lives in Hudson, Ohio, with his wife of 59 years, Polly. He and Polly have two sons and a daughter who are all in their mid-to-late 50s.

This interview was conducted at Hudson Library. 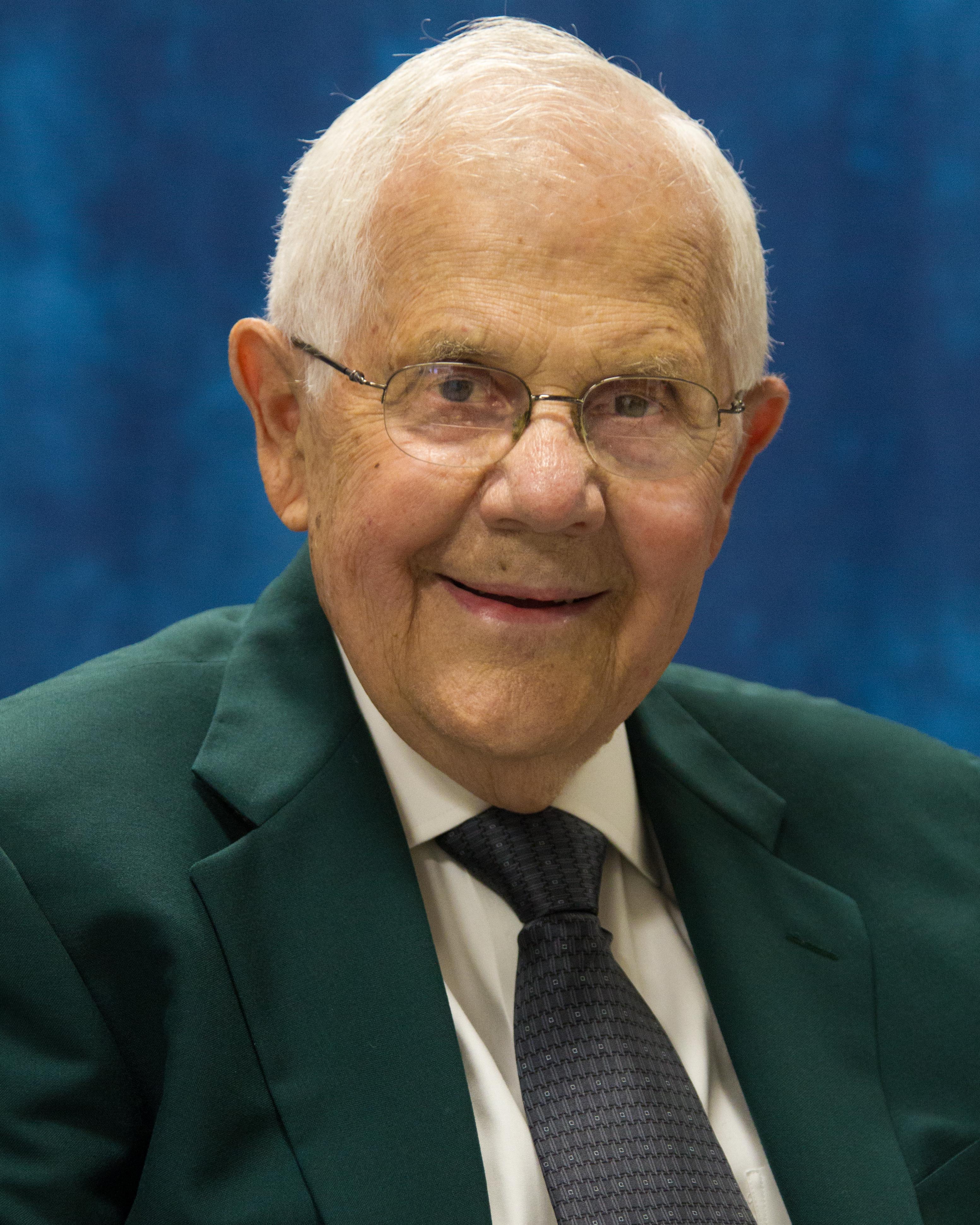 Youngwerth, 85, is retired and has been a volunteer with Hudson Community Television for 22 years. He does a monthly show called “Good day in Hudson,” and he has also hosted Sunday concerts at the Hudson summer music festival since 1990.

He grew up in Cleveland and went to East Tech High School. He graduated from Ohio University and is an U.S. Army veteran. Youngwerth eventually returned to the Cleveland area in 1978, settling down in Hudson, where he’s lived since.

During the summer of 1946, Youngwerth and his family moved from New Jersey to Cleveland. His father had been promoted at his job with the old Erie Railroad, and their headquarters were in Cleveland at the time.

Youngwerth had turned 12 in September 1946, and he was stoked to hear that Cleveland would be getting a pro football team. The Cleveland Rams, which are now the Los Angeles Rams, were the city’s pro team before the Browns came along. The Rams moved to Los Angeles in 1946, the same year of the Browns’ first season in the All-America Football Conference.

A lifelong fan, Youngwerth has been enthusiastic about his team for longer than he’s been married. He’s lived in Chicago and Connecticut, but stayed dedicated to following the Browns through the highs and lows.

“I’m just the kind of guy that when I start rooting for a team, I stay with the team,” he said.

But when the Browns announced in 1995 that they were moving to Baltimore, Youngwerth was upset like the rest of the fanbase. He had been a season-ticket holder since moving to Hudson in the late 70s. Youngwerth, who has family in Wisconsin, went to a Green Bay Packers game at Lambeau Field shortly after the Browns announced they were moving. He sported a Browns sweater and cap.

“You don’t know how many people came up to me and said, ‘Oh, I feel so sorry for you,’” Youngwerth said. “It was like I lost my best friend. I mean that’s what they were treating it like, (like) I’d lost a dear friend. They were so nice.”

Youngwerth found solace in supporting the Packers in part because of those fans comforting him. He appreciated the support, so he ended up buying a share of the Packers. The stock is hanging in his office at home.

“I did that because I was so disappointed what the Browns had done to us, and the minute the Browns announced they’re coming back, even though they’re gonna be lousy for a little while, I’m still the big Browns fan.”

Youngwerth remembers watching Otto Graham and the Browns dominate the AAFC. The Browns won four titles, one for every year the league existed. They joined the NFL for the 1950 season.

“As time went on, of course Jim Brown came along in the late ‘50s, and to this day, I love Jim Brown,” Youngwerth said. “He really was such a great player.”

Youngwerth is glad that he got to watch Brown play — either in person or on TV. While he admired Brown and Graham, Youngwerth got to develop a relationship with Dante “Gluefingers” Lavelli, a Hall of Fame wide receiver.

During the late 1990s, Youngwerth did a documentary on Lavelli as part of his volunteer work with Hudson Community Television. Lavelli grew up in Hudson, and Youngwerth said Lavelli had always been proud of the Browns’ undefeated season in 1948. It’s the most successful season in Browns history, the only time the franchise has gone undefeated.

“I remember I used to tell Dante, because by the time I met Dante, my father I think was long since passed away,” Youngwerth said. “But my father loved Dante Lavelli. He thought he was so cool.”

During the mid-to-late 1980s, Youngwerth participated in golf outings the Cleveland Touchdown Club put on. He participated through his friendship with Chuck Fisher, who was the Browns assistant public relations director. Fisher died in 1986 after his car was struck by a freight train.

During the outings, Youngwerth got to mingle and talk with Hall of Fame Browns kicker Lou “The Toe” Groza on two occasions. Youngwerth, who is Hungarian, said he connected with Groza because of their shared ethnic background.

“The next year, Chuck said, ‘You’re going to ride with Lou again, Frank,’” Youngwerth said. “I said, ‘How come? I’d love to, but why?’ He said Lou said he’s not coming unless his Hungarian buddy’s with him. So we had a good time together.”

A Browns fan since the beginning, Youngwerth admires how kind the players on the franchise’s first squad were to the fans.

“All those guys on that first Browns team were really top-notch people,” Youngwerth said. “They didn’t make very much money. They all had jobs on the side after the season, and they were all very, very nice to the fans. They would never, ever, ever shirk an autograph. They’d always give an autograph to the fans.”