From Cleveland Heights to Los Angeles and points in-between, this Browns fan cherishes his memories 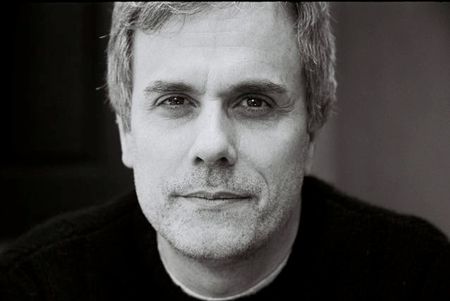 Allison Burnett, 61, had a connection with his father that sparked his love for the Browns.

By Cameron Fields | Special to cleveland.com

CLEVELAND, Ohio – Allison Burnett is forgiving of the Cleveland Browns’ many hapless seasons in part because of his relationship with his late father.

Burnett, 61, moved to Evanston, Ill., from Cleveland Heights when he was 10, and the connection with his father was what spawned a lasting love for the Browns.

When the family moved, Burnett started watching the games with his dad. If the Browns weren’t on TV, then he and his father would still spend time together and see if they made the halftime highlights of the game they could watch. Burnett’s dad would drink, and he passed away due to cirrhosis of the liver when Burnett was 20.

“It’s weird, I forgive the Browns for all of their (screwups) the same way that I forgave my dad for his,” Burnett said over the phone.

A screenwriter based in Los Angeles for the last 30 years, Burnett wrote the screenplay for “Autumn in New York,” and he’s written on movies such as “Untraceable” and “Resurrecting the Champ.” He has two sons ages 13 and 11.

For Burnett, some of his earliest memories of Browns fandom came from watching those games with his father.

“He was pretty forlorn and pessimistic a lot,” Burnett said. “I was the more upbeat one. I was always sort of encouraging and thinking there was hope.”

In 1972 came one of the first Browns debacles Burnett witnessed. In December, the Browns had a chance to take down the undefeated Miami Dolphins in the divisional round of the playoffs. After a touchdown pass from Mike Phipps to Fair Hooker, the Browns were up 14-13 with a bit under seven minutes left in the fourth. But Dolphins running back Jim Kiick scored the touchdown that decided the game.

“I just remember the agony,” Burnett said. “My dad took it like with a sort of wistful resignation because he sort of saw the dark side of everything. And I was just gutted, as only a kid can be. I lay in bed that night dreaming of a letter I was going to write to Mike Phipps. Like to console Mike Phipps, like he needed a 12 year old to tell him it was going to be OK. But that was heartbreaking.”

The 1970s were not filled with a lot success for the Browns, as they went to the playoff only three times. Burnett’s father passed away in 1979.

When the infamous “Red Right 88” play happened in 1981, Burnett had moved from Illinois to a loft in New York City. The Browns of the Kardiac Kids era were in the playoffs for the first time since 1972.

“I just remember being on my knees,” Burnett said. “We had barely moved into this loft, my friends and I. It was in SoHo. The TV was set up on a cardboard box or something. It wasn’t even set up right. And I’m watching the game, and all I remember is being on my knees on the floor screaming when (Brian Sipe) threw Red Right 88.”

The Browns have been one of the most unsuccessful NFL franchises in recent memory, finishing the 2010s without one winning season.

But for Burnett, loving the Browns will always be part of his life because of the connection he had with his dad.

One favorite memory was when the new Browns claimed their first regular-season victory in New Orleans. The Browns had lost their first seven games before the win.

“And it was fun in those days to win any game,” Burnett said. “No matter how bad we were, even 0-16, I never missed a game. I’ve always enjoyed them. I just look for progress. I look for signs of talent. I’ve never missed a game ever where I could have watched and didn’t.”