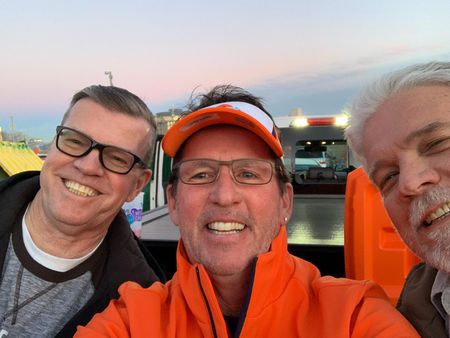 By Cameron Fields, special to cleveland.com

CLEVELAND, Ohio – With his hometown of Youngstown, Ohio, between Cleveland and Pittsburgh, Jeff Shaffer had a choice to either be a Browns or Steelers fan.

Shaffer’s brother, Bruce, grew up a Browns fan, so Shaffer became one, too. Both Shaffer and his brother currently live in Colorado Springs, Colorado.

“As a younger brother, I wanted to be like him,” Shaffer said over the phone.

While growing up in Youngstown, Shaffer and his brother didn’t go to any Browns games. During the 1970s, Shaffer spent his formative years watching the changing dynamic of the Browns-Steelers rivalry. He wasn’t thrilled watching his favorite team go through some down years, only making the playoffs three times in the decade.

“It was rough,” Shaffer said of the ‘70s. “Not as rough as just the past five years – I mean we were historically bad in those two seasons (of 2016 and 2017). But at that time, when you’re a kid, you’re more emotionally invested, so the ‘70s were probably more bothersome to me than those recent years.”

As the 1980s rolled around, the Kardiac Kids era had arrived. Shaffer enjoyed watching Brian Sipe, and he remembers watching Sipe and Chargers quarterback Dan Fouts go back in a forth during a game in September 1983. The game was a day after his wedding.

“It was a blast,” Shaffer said of watching the game. “I’m supposed to be honeymooning, and I took three hours out from honeymooning to watch a Browns game.”

Shaffer values family, and during the 2018 season, his love for family and the close-knit nature of Browns fans aligned. Shaffer, his brother and his brother-in-law, Bill Langan, went to the Browns game in Denver against the Broncos on Dec. 15. Mile High Stadium had a solid presence of Browns fans, as Shaffer said “there was easily an excess of 5,000 Browns fans.”

“It was surprising to me, how many people came up and talked to me because I had a shirt on with a Browns logo under my jacket, and I had my jacket unzipped,” Shaffer said.

A regular commenter on cleveland.com, Shaffer said he also got to meet some fellow Browns posters. They spoke of how hope was surrounding the franchise. During that season the Browns won five of their last eight, and they scored at least 17 points in each of those wins.

Alas, 2019 added to the pile of disappointing seasons. Still, Shaffer is a Browns fan for life.